While I was away in the Motorhome, I had a few craft supplies with me. It just so happened that two little grandsons had their birthdays during that time. They are brothers and I wanted to make them similar cards to send so they could have an almost matching pair but still be able to tell whose was whose. I had oval and scallop punches, and started to play with those shapes. A couple of little clowns were soon grinning up at me, and they became the basis for my two cards! 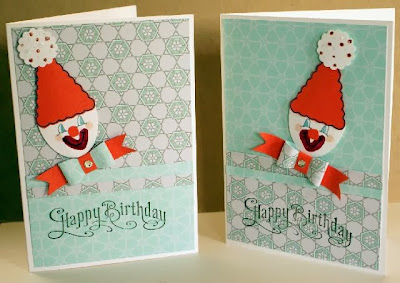 Oh Susan they're adorable!!!! I wonder how easily they could be transformed into Santas?? Love them!! :) xx

Wow Susan, I love your cute clowns. Perfect faces and who would have thought Snowflake dsp would work so well for little boy cards?
I bet they loved them too. Vx 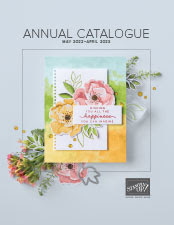