Come and Join In the Fun!

My friend Tanyah is having a great scrapping event in October. Come on over to her blog and read about it! I'd love to see some of you there. The word is that there will be many interesting challenges and you won't want to miss them :)

Dust Storm Update: We're still dusty - lol. It isn't anywhere near as bad as it was on Wednesday. I am finding the accumulative effect rather daunting though. Everything is covered in a thick layer of fine, talc-like reddish orange dust...as soon as the dust settles we are going to have a great time cleaning it all off!
Posted by Susan Hurley-Luke at 9:31 pm 1 comment:

More Dust and a Wedding Card 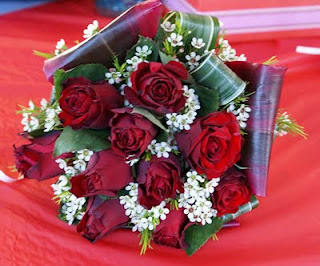 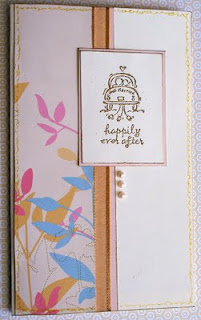 We're having our second dust storm this week. Some photos taken near where I live show you the extent of it. We've closed up the house again and the dust is still sneaking in though to a lesser extent than it would if we had all the doors and windows open. I realise other parts of the world get dust storms but the east coast of Australia hasn't had such a week in over 70 years, so it is a bit of a novelty to us younger than 75 or so.

Maybe a wedding card will provide a nice contrast to the thought of all that dust. I made this one for a wedding I attended last week. I should have made it more dramatic - the bride wore black, high black boots, black strapless dress and a long flowing wide white scarf that reached below her knees. She carried the most beautiful black/red roses. The groom was in a black suit, white shirt and red tie. I hadn't been to a wedding where the bride wore black before...
Posted by Susan Hurley-Luke at 9:56 pm 3 comments: 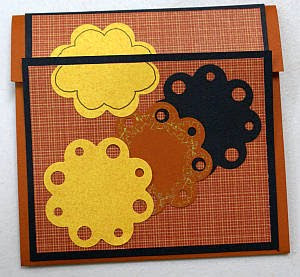 While in Far North Qld I met up with some crafting friends (which was great!) and showed them how to make the Father's Day gift card I made a few weeks ago. Here's the one I made. This time, I used paper punches to decorate the card and blinged them up a little with metallic and black pens. It was a very quick way to make the card!
Posted by Susan Hurley-Luke at 11:18 am 2 comments:

Australia's east coast has been experiencing some pretty huge and dramatic dust storms in the last 24 hours. In Sydney it is the worst (they say on the news it was last like this over 70 years ago) but this video of life in Broken Hill yesterday shows just how bad it can get. We live in Qld where we had an eerie windy and orange day but it never got as bad as this video. Today we have almost clear skies but they are telling us on the news that we should expect more dust tomorrow. We're checking the air filter on our car and absolutely everything inside is covered in a fine film of dust - it is going to take a long time to get the dust out of our clothes and houses. 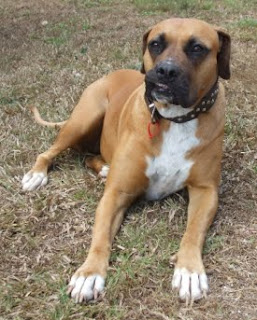 I'm visiting my wonderful daughter today and we intend to go check out the Bat Hospital soon. My daughter has a lovely big boxer dog named Jozzi who has such a great memory! She remembers me no matter how long it has been between visits.

The Bat Hospital looks out for the Spectacled Flying Foxes. I'm looking forward to finding out more about them and what the volunteers at the hospital are doing for them. The live in such big colonies. Their calls are unmistable once you have heard them!
Posted by Susan Hurley-Luke at 3:05 pm 3 comments: 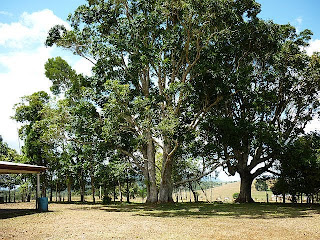 Isn't this tree magnificent? I have always enjoyed looking at it. It lives on my sister's farm in Far North Qld where I am visiting. I'll be away for another week but just had to share this tree with you to let you know I am not paper crafting but am enjoying looking at trees that remind me of paper's origins at least :)

Do you find it hard to know where to start when making a Baby Album? If you are anything like I was after having a baby, it's a little hard to focus sometimes! With that memory of my own in mind, I have put together a list of suggestions for pages you might like to include in an album about a newborn.

On the other hand, you may be an expert or at least more experienced at making these sorts of albums. If you have an idea to share or a picture of your own album to show, I would love to hear from you on PaperCraftCentral.com!
Posted by Susan Hurley-Luke at 1:20 am No comments: 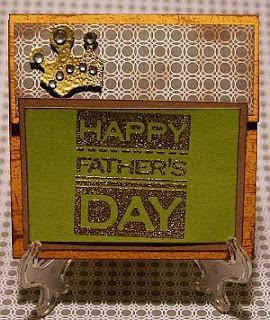 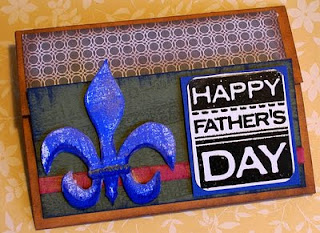 Happy Father's Day! Here are a couple of little wallet cards I made to give to some special fellows. I was pretty chuffed to figure out how to use bling on one of the cards! Using bling on masculine cards can be a challenge. There are pockets and extra cards inside each of the pictured cards.

If you would like to see how they are made (they would make wonderful birthday cards as well) subscribe to Paper Twists and you will have the instructions right away!
Posted by Susan Hurley-Luke at 11:44 pm 5 comments: 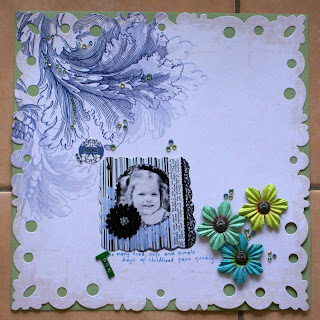 I had never heard of White Space Design before I did this layout. I took it literally - that the space around an image needed to be blank and white. It was while actually scrapping this layout that I learned it could be so much more! The whole idea fascinated me, so now there are more layouts on PaperCraftCentral and an explanation of white space design for you to see.

I used a picture of me when I was about three years old to make this layout - aren't I cute? He he!
Posted by Susan Hurley-Luke at 11:28 pm 4 comments: