Owl Card in a Box

Special birthdays deserve special cards, I think, so when a friend had one of those special birthdays, I remembered that she loved owls. Her favourite colours were inks and purples. And she appreciates handmade things. Her card in a box almost made itself after that!

I stamped out some flowers from the Flower Shop stamp set because those images can be punched out with the Pansy Punch. I made my owl with the Owl Builder Punch. I punched out a little heart from some silver glitter paper. The sentiment is from the Create a Cupcake stamp set, and I used oval punches to mount it. The stems for the flowers are doubled pieces of cardstock glued together and trimmed. 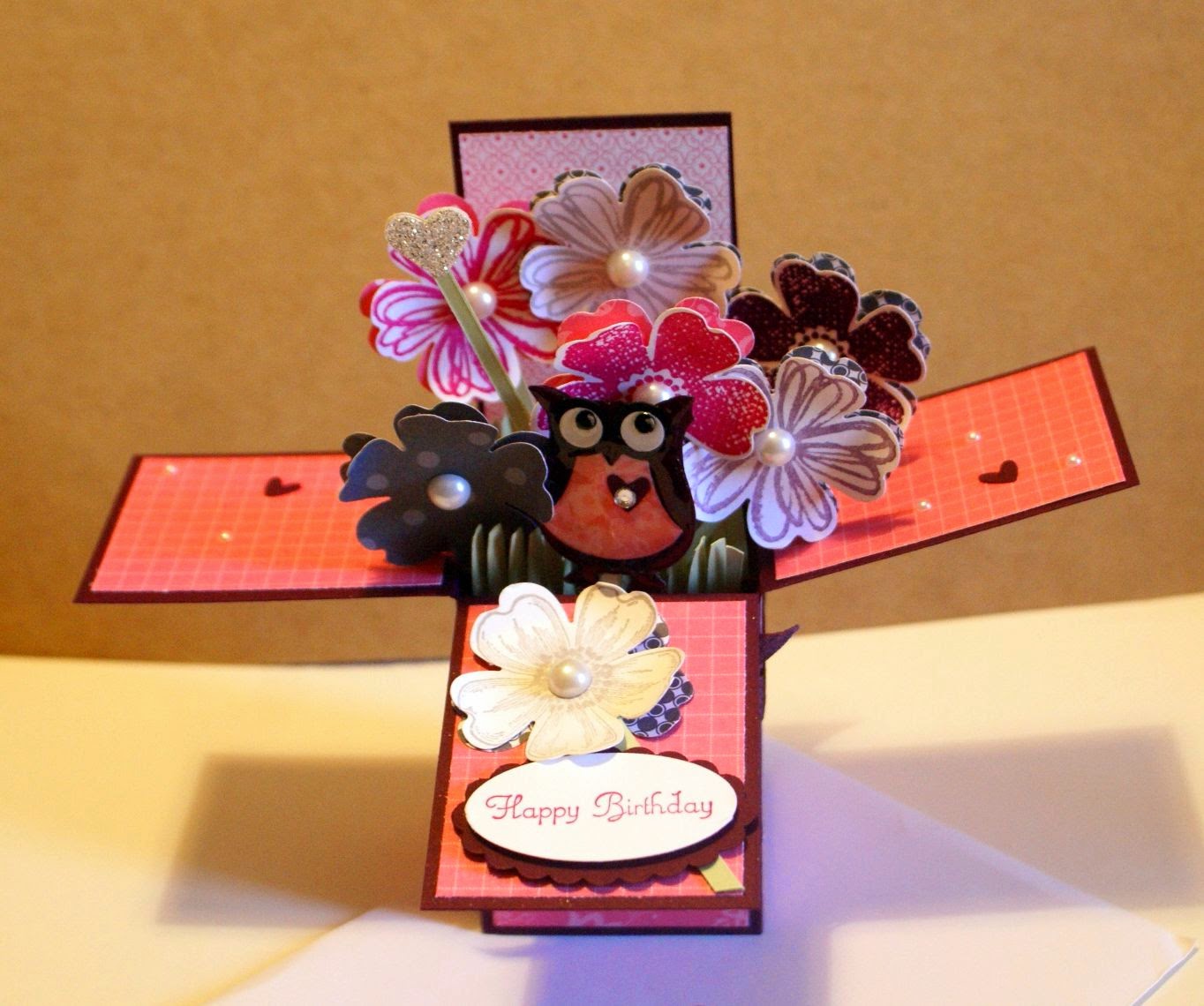 The colours I used in this project were the new Blackberry Bliss, old favourites Smokey Slate, Melon Mambo, and  Pistachio Pudding. I also chose some designer series paper from the Moonlight paper stack and added some that is now retired as well. My fringe scissors came in handy to make the grass.

The new Fast Fuse Adhesive came in handy to make the little box!

All current Stampin' Up! supplies are available at SusanSalutations.

Posted by Susan Hurley-Luke at 2:18 pm

Vicki Hodgman said...
This comment has been removed by the author.
5:33 pm

Well done. I love Blackberry Bliss and I am not even a big fan of purple. Cute little owl in the middle.